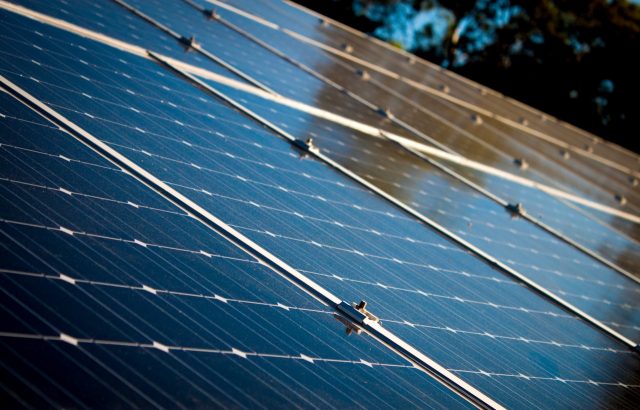 Humans have progressed a lot in the past few years. Technology has transformed lives. Even then, it is sad that we are unable to exploit the world’s largest power plant, i.e., the Sun as much as we should. Rather than installing solar panels and using solar energy to generate power, most states rely on fossil fuel to generate electricity. In the USA alone, 80 percent of households are powered through it.

Slowly, things are changing. Now, every four minutes, a solar panel has installed someplace in the world. While the rate of adoption is slow, the fact that people are moving towards this alternate source of energy is excellent news for the environment.

Are you thinking of installing solar panels for your home? Even if you aren’t, you should! Doing so will allow you to benefit immensely. Here are the five significant advantages of going solar.

1.    You can reduce your energy bills drastically

Depending on the area you reside in and the amount of sunlight it receives, you can reduce or even eliminate your energy bills. This is because once you go solar, you can generate electricity free of cost. After all, sunlight is a renewable source of energy that doesn’t cost anything.

You might be wondering that there has to be a catch. After all, good things are never free, right? In the case of solar panels, the catch is the initial installation cost. However, compared to previous years, the cost of installing solar panels is also steadily decreasing. You can learn the exact expense by using a solar installation calculator.

If you live in an area that is bestowed with natural light, solar panels can allow you to eliminate your energy bills. But, even if you don’t, the technology is still useful for you. Let’s say you live in a cloudy area that receives sunlight for a few hours. This too would be enough to power your house for a short period. All in all, it will reduce your dependence on fossil-fuel based power, drawn from the grid.

2.    Increase the value of your house

Your house doesn’t just have to be your sanctuary. Remember, it is an asset. And every asset can be an investment if you think strategically. A study was conducted by the Department of Energy. It illustrated those home buyers are willing to pay over $15000 premium for a house that has a solar system installed.

Even if you aren’t planning to sell your abode today, an investment for the rainy days never hurts. Installing solar panels allow you to benefit from low energy bills and also provides a cushion for the future. This makes it a significant investment.

Governments around the world realize the importance of going green. In order to encourage its citizens to make the shift, many are offering incentives in the form of tax credits. For instance, in the US, you get a 30 percent federal solar tax credit if you install solar panels for either commercial or residential use. You will find similar policies being adopted by other governments as well.

While you might think that 30 percent isn’t much, any tax credit is better than none. Not to mention that such tax incentives have led to many installers offering an installation free of cost. Here, installers lease your roof space for the technology while giving your electricity at a reduced rate as a return. So, if you are reluctant to make the investment on your own, such options are ideal for you.

4.    Playing a role in saving the environment

We, as humans, have been very careless with the environment. We have used non-renewable resources as if they are unlimited in quantity. We have plundered natural resources without worrying about its effect on the environment. Now we are at a point where the Earth can no longer bear such cruel treatment. If we wish to leave behind a breathable environment for the next generation, we need to make amends. And installing solar panels is small, but a great way to do so.

Did you know that installing solar panels in your house and using solar energy instead of fossil fuel can offset 30 years’ worth of carbon dioxide production? We know that the use of fossil fuel is leading to global warming. It is depleting the Earth’s ozone layer. By switching our energy consumption patterns and opting for solar panels instead, we can reduce the adverse impact on the environment. Using things like the scoop app or installing solar panels may seem an insignificant step to you. But, when adopted by the masses, it can lead to a ripple effect that can help save the environment.

5.    You can enjoy independence

The conventional energy sector has to be one of the most volatile industries out there. Traditional electricity is dependent on fossil fuels for power generation. The prices of these fossil fuels, whether it be oil, gas or coal, are always changing. Why? Because they are limited in quantity and hence are subjected to the laws of demand and supply. Therefore, energy prices tend to fluctuate quite a lot. This is why sometimes your energy bills are high even though your consumption doesn’t change much.

Here come solar panels which offer you independence from the price volatility. With solar energy, you don’t need to worry about any unpredictable changes in the price of energy. Instead, you will get to enjoy affordable energy. After all, the sun won’t stop showering sunlight nor would it increase its rates! There is no better energy independence than one offered by solar panels. Since such systems are equipped with storage batteries, you can also store energy for days when the sun is not so generous.

Install solar panels in your homes. You will benefit immensely from it. Try to overlook the initial cost. Look at it as an investment for a better future.

About Michelle Joe: Michelle Joe is a blogger by choice. She loves to discover the world around her. She likes to share her discoveries, experiences, and express herself through her blogs. You can find her on twitter: @michellejoe524